Kestrels are some of the smallest and most beautiful falcons and occur in various species around the world, including Australia and America. You've probably seen them somewhere along a road with chestnut brown wings, hovering over a field, their typical hunting method. Photographing kestrels is usually not too difficult. Those living near populated areas are are pretty tolerant of humans, at least if you stay in your car when you are photographing. The only challenge when photographing kestrels is getting the sun and wind to cooperate, since the kestrel will always hover facing into the wind and if the wind is blowing towards the sun, the kestrel's head will be shaded. So the best conditions for photographing a hovering kestrel is shortly after sunrise or before sunset with the wind perpendicular to the direction  the sun. That will give you a well illuminated bird and if you are early enough, some light on the underside as well.
The top two pictures were taken in Falsterbo on the Southwestern tip of Sweden during the fall migration where many of the birds heading South for the winter are funneled into a small corridor before crossing the Öresund Straits and continuing on to Europe and Africa. 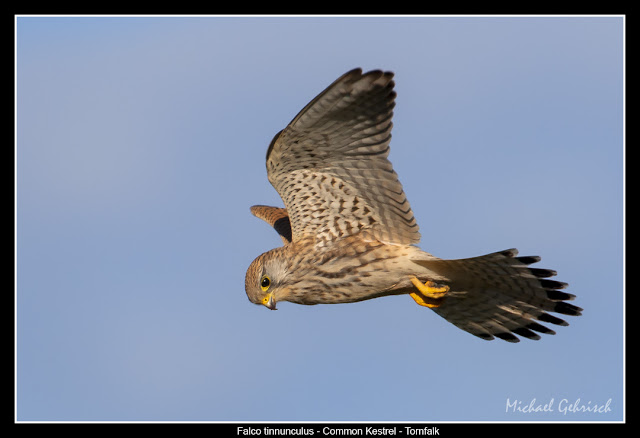 And here is the same bird in an animated GIF image, consisting of 16 still images, which gives a pretty good example of the kestrel in action Double-click on the image for slightly better resolution:

This kestrel is either digesting his latest meal or taking a more leisurely approach to hunting. 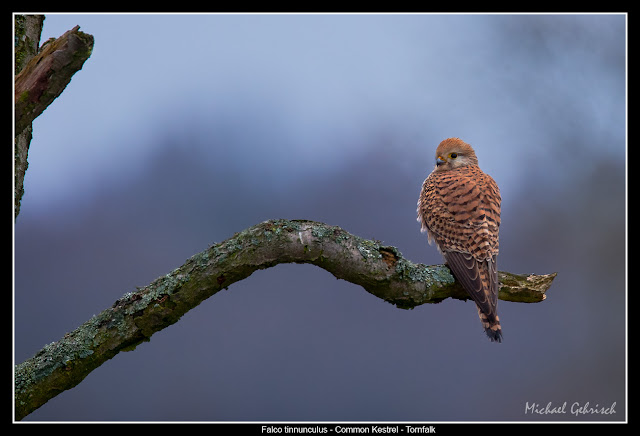 And this kestrel has definitely perfected his style of hunting. I photographed him for twenty minutes as he moved from fence post to fence post. Looking into the grass for any movement and then making a small hop from the fence post onto his prey. He was successful twice during the time I watched.But that's another story... 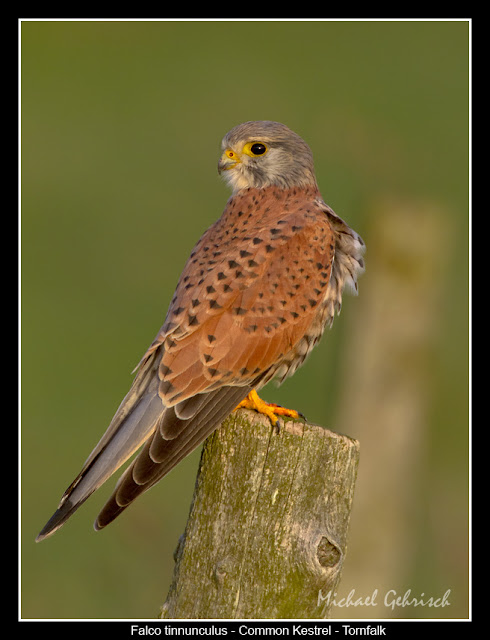