Kite on a Stick and Mud Worth Fighting For...

After a long cold winter and a long cold spring, the Swedish summer is finally upon us in full strength, and the plants and animals are doing their best to make up for lost time. Ask the pollen sufferers about that; getting several sorts of pollen during a couple of weeks, instead of over a month or more. The blue tits in our backyard had 10 eggs last time we checked and now there is non-stop shuttle traffic between the nesting box and the garden trees as the frazzled parents try to find enough insects to keep all the mouths filled.

Meanwhile out on the meadow road a red kite has parked on the "M" sign  (where the road is a bit wider and meeting traffic can safely get by) and is basking in the morning sun. He must have a nest around, but he has probably delivered a few rodents at sunrise which should hold the young for a few hours. The normally shy kite seems insistent on keeping his spot in the sun, and I inch my '98 diesel Passat a few feet nearer a before turning off the motor; the kite ignores me. I give him a few minutes to get accustomed to me before restarting the motor. He doesn't even mind the noise of the diesel (maybe he's deaf) and I am finally within 10 meters. Just to let me know that he sees me and he would prefer to be alone the kite screeches at me several times, which actually made for a much more interesting shot than a docile kite on a road sign. Taken at 800mm 1/2000sec iso400 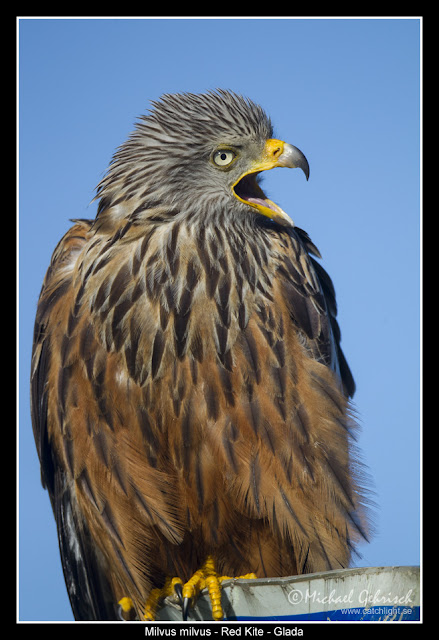 But there was not much else happening on the meadows so I decided to head into Malmö, (Sweden's third largest city with a population of 300,000) to check the harbor area where until a few years ago there was a large population of nesting terns and waders. During my search I came upon some house martins gathering mud to build their nests. With the nice weather recently there isn't much mud to be had, and when commodities are in short supply there will be fights over ownership. It must be some really good mud...
I originally shot from the car window, but the angle was to high, and the background too distracting, so I folded down the back seat, opened the back door and photographed while laying on the back seat, giving a better angle and background. Also taken at 800mm f/5.6 1/4000th sec iso400 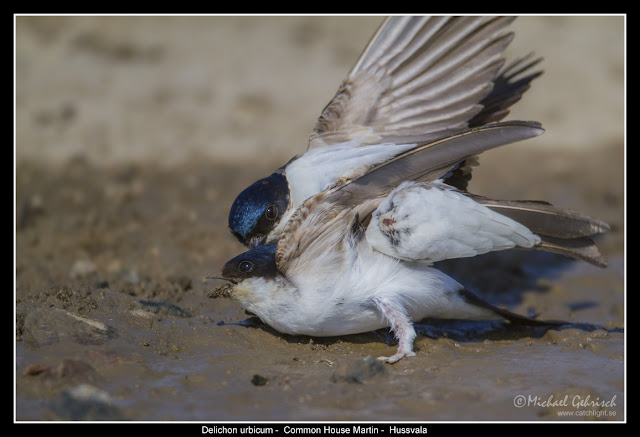 Not far away in a construction zone, a pair of northern wheatears have taken up their summer residence in a pile of cobblestones and obviously have several hungry mouths to feed. Both parents return every couple of minutes with a mouthful of juicy bugs. Yumm. I move my car to get the right light and the right background and spend a couple of hours photographing birds carrying bugs. Just imagine if we didn't have birds, we would be up to our ears in bugs... The light was really tough, this was taken around noon, and it was only when a few clouds covered the sun that the light became diffused enough to avoid the extreme midday contrasts.This was shot at 300mm f/4 1/2000 iso100. 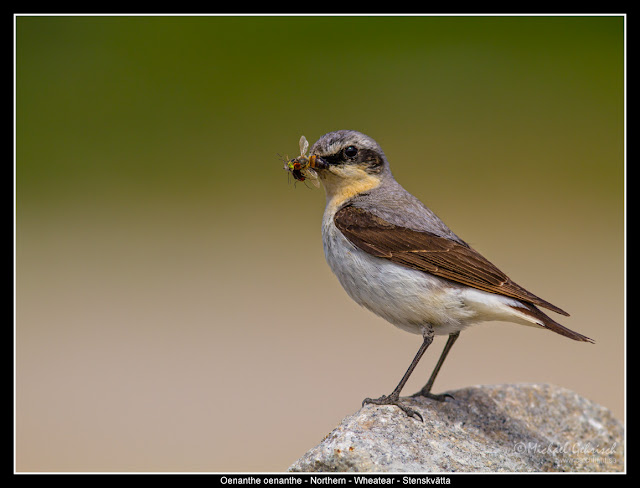 On my way out to the meadows this morning I ran into this doe and her two fawns, (only one in frame). Who gave me a few seconds to get a few pictures while the fawn nursed, then they bounded into the bush. Taken at 800mm f/5.6 1/800 iso800. 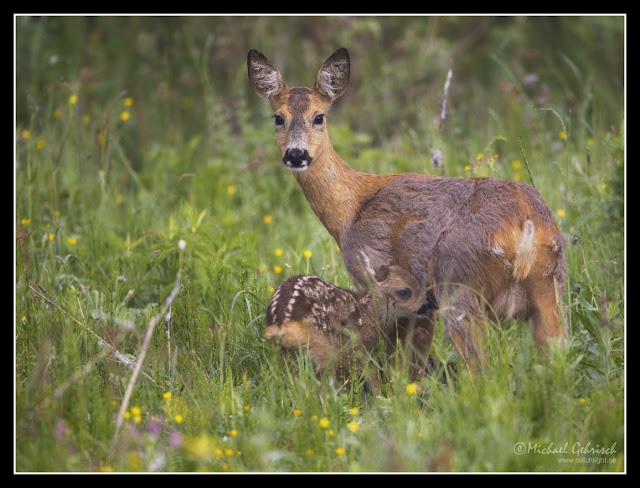 Nature is reaching its crescendo, in a few weeks the young birds will have left the nest and the parents will be heading south.
Posted by Unknown at 7:44 PM 2 comments: