As the Sun Sinks Slowly into the West

While photographing owls, a gyr falcon and other birds of prey along the South coast of Sweden we ended the day watching a beautiful sunset. Armed with my 500mm lens +1.4extender for a focal length of 700mm, I noticed a couple walking along a shore several kilometers away as the sun set behind them. Just enough clouds to prevent the sun from overexposing the shot, yet not too much to hide the sun and the sunset colors. Some times you just get lucky...

Posted by Unknown at 9:37 PM No comments: 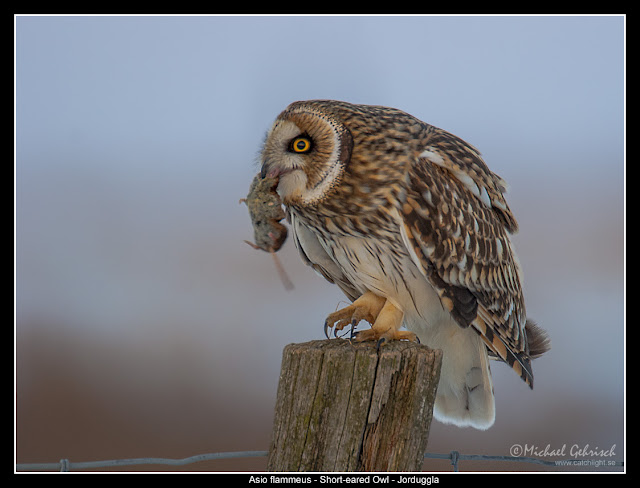 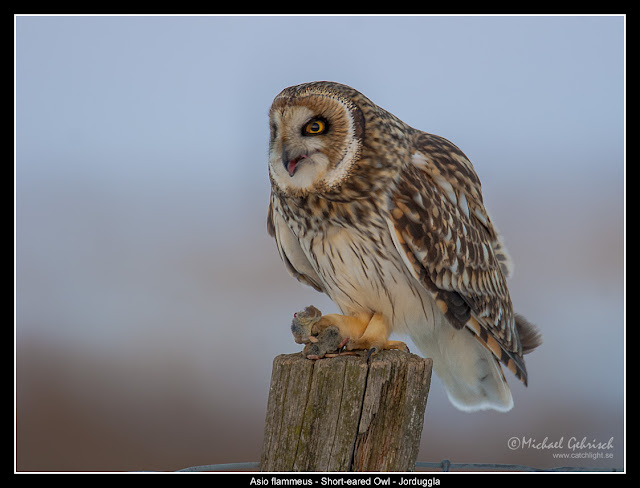 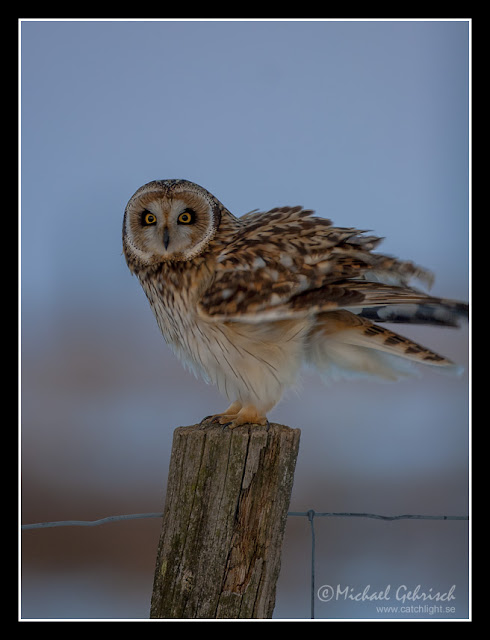 And then the owl was gone, and we pulled around and headed for home. The day went from being mediocre to being great, all it took was two minutes with a short-eared owl.
Posted by Unknown at 5:01 PM 2 comments: