The park along the boardwalk, not far from where I work, is the daily starting point for countless joggers, runners, walkers, and dogs and their owners. During the summer months the number of visitors explodes as everyone heads to the beach. There are several man-made ponds in the middle of the park, and all though they are probably only 20-30 meters wide, from March until October they are home to gulls, swans ducks, geese, coots and my personal favorites the red-necked grebes. These normally shy birds have figured out that the joggers, cars and dogs in and around this park are not a threat, and that in fact this busy little park makes a pretty good place to build a nest and raise a family. As a result I have been able to approach these grebes and photograph them without them feeling threatened. The number of grebes breeding in the park varies between 3 and 10 pairs; the number has declined the last couple of years due to the large number greylag and barnacle geese, whose feces have caused the pond to become filled with algae and scum, but that's another story...

Lying down on the grass at the edge of the pond with 1DmkIV and 500+1.4 or 2X extenders provides a great perspective on the grebes and their chicks, you just have to avoid the "landmines" left by the geese... 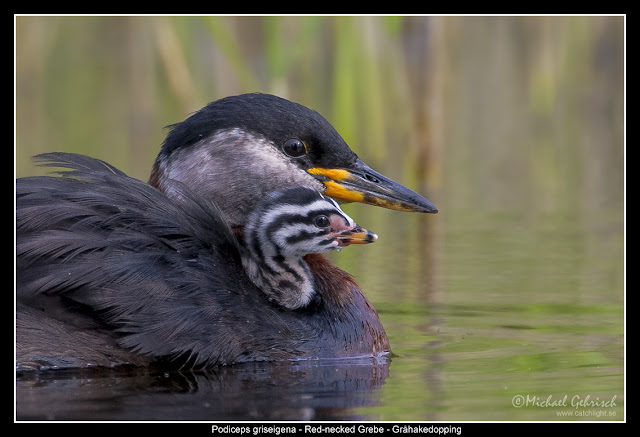 Courting starts in March with the grebes finding mates, and calling to each other with a rather noisy and irritating pig-like squeal. Once the pairs are established they will continue to greet each other for the coming months with the same ritual of noisy calls and head shakes. 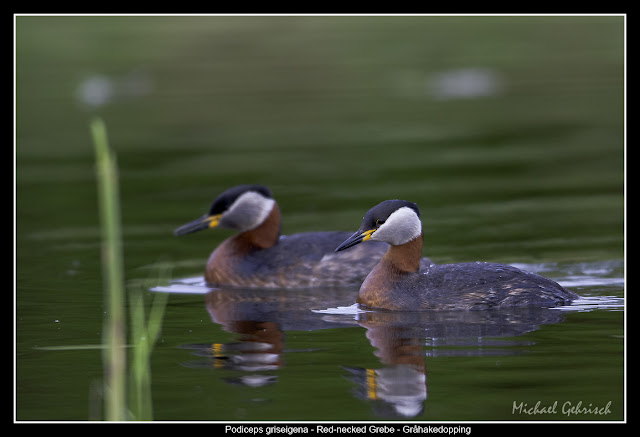 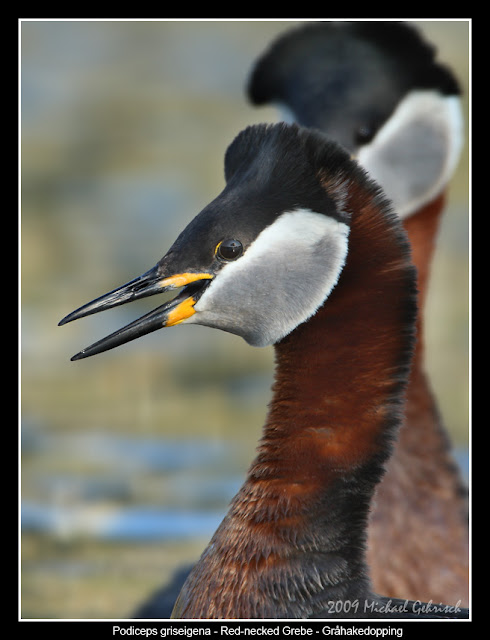 The primary diet of the adults is fish, and if they can catch it they will try to swallow it, although sometimes I have seen them give up after trying unsuccessfully for 10 minutes. 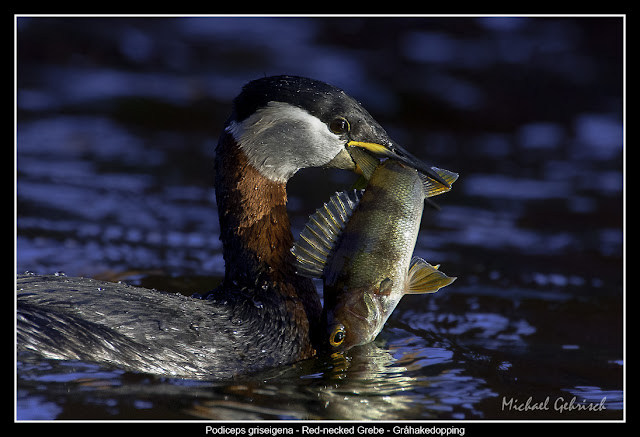 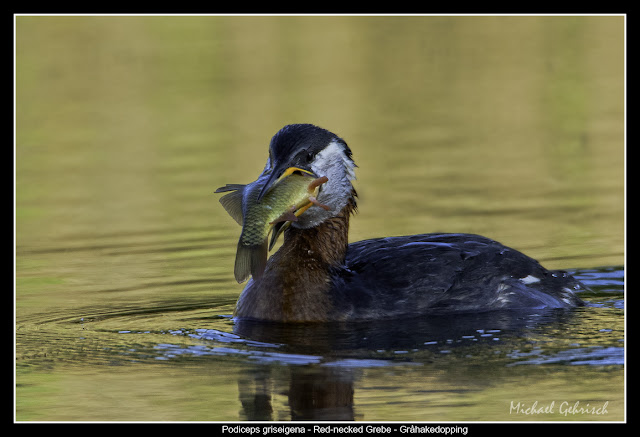 Most pairs have from one to three chicks, but third chick has low odds for survival. The gulls in the park have figured out that the chicks are easy pickings.. They have a much higher success rate when they have two chicks.
The young are fed insects, larvae, small fish and even feathers which supposedly line their stomachs to prevent damage from point fish parts. 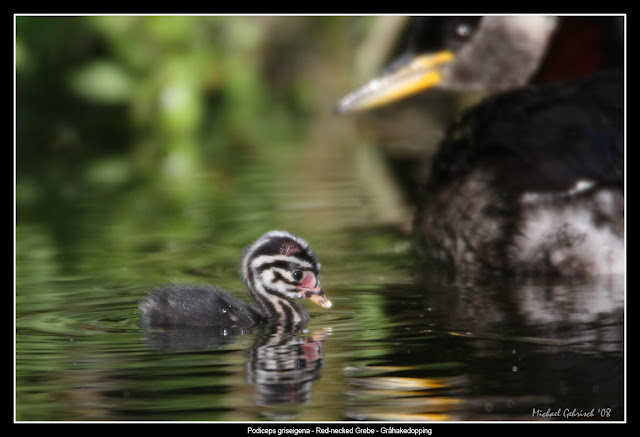 The first couple of weeks the chicks spend most of their time hitchhiking on their parents back, which is the safest place to be with all the hungry gulls around. 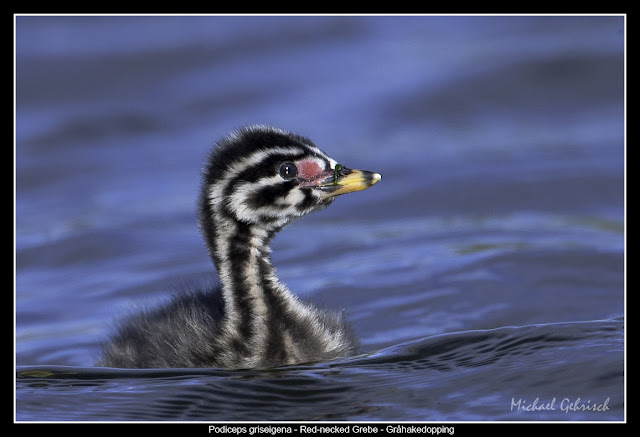 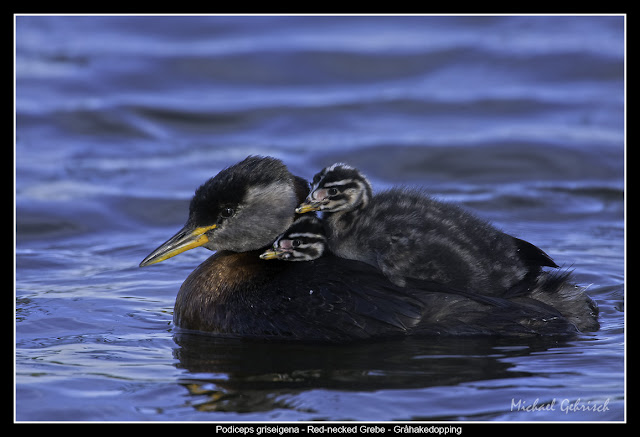 After six weeks the young are pretty independent and the parents may even start on a second clutch of eggs if they began early enough in the spring. By September the grebes and their young have moved out to the open ocean and congregate in larger groups, without the fights over space and food they faced in the park.

Hopefully in a couple of months the first arrivals will be in place for a new season.
Posted by Unknown at 5:40 PM