Despite unlimited things to do in Venice, we thought we should also explore the areas outside of Venice. On the advice of photographer Arved Gintenreiter we decided to take a day trip to the Island of Burano; an island known for its brightly painted houses. We got an early start and caught the Vaporetto boat at 10AM. There were already quite a few tourists on the boat, but when we arrived at Burano it was relatively quite and uncrowded.

This would all change as the day progressed and the island filled with more and more tourists, but at least we had a couple of hours of relative calm to stroll the streets of this very small community

There are many charming houses as you can see, and a panorama shot really captures the atmosphere.

Of course even the boats and oars are brightly painted on Burano...

After four hours on Burano including a lunch at one of the towns least expensive establishments we decided that we were now overloaded with colorful houses and caught the Vaporetto back to Venice. Once back on our "home turf" I convinced Lena and Johan to make a side trip to a couple of the photo spots from our day with Arved, and luck was on our side. The cloudy skies improved the lighting significantly and as we were photographing a newly wed couple in a gondola became the center-piece on my panorama. 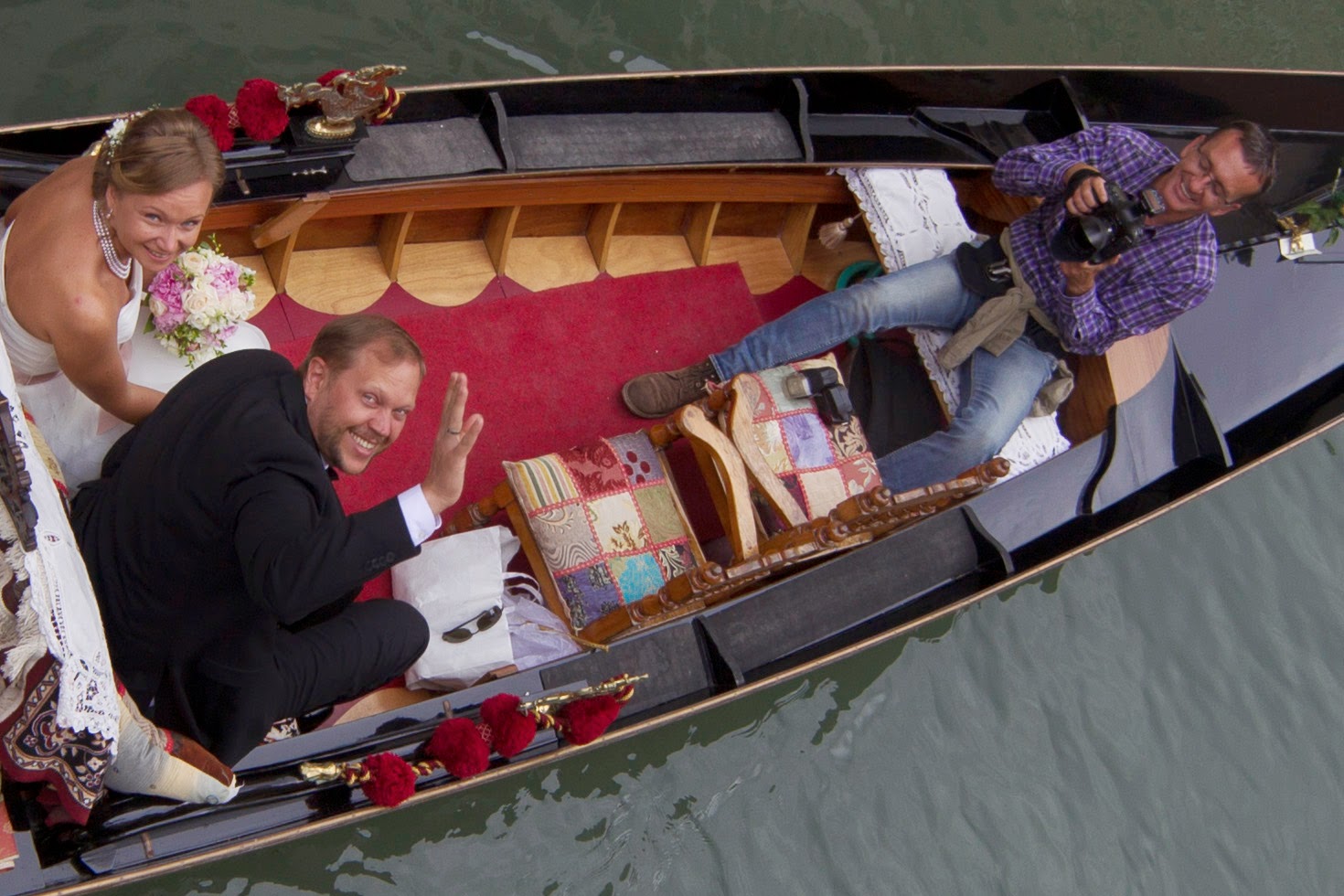 But now everyone needed to take a break so we headed back to our hotel for a couple of hours before heading out again in time to catch the blue hour around 20:00...

And finally at 21:50 the blue light was fading, one last shot from the Riva degli Schiavoni