Mallorca, for Birders and Bicyclists...

Beside being a favorite destination for bicyclists, Mallorca is also a favorite for birders. The island is both a stopover for European birds migrating to and from Africa, as well as being home to many resident species. In total over 300 species of birds have been seen on Mallorca, and early spring is a perfect time to photograph birds. Once the birds begin nesting in mid-April and May, they become more secretive and will be much harder to spot. In addition the sunlight in late spring means an even earlier sunrise, when birds are most active, and harsher contrast in your images once the sun is up, as well as a greater likelihood of un-sharp images due to heat haze. Cool cloudy days with occasional sprinkles are best, and as luck would have it that was the weather I had on my first day out.
A problem when traveling by car on Mallorca is that it is often impossible to stop and photograph safely due to the narrow roads, and the many cyclists and cars. So my first photo stop was an early morning at the Cap de Formentor on the northwest point of Mallorca before the cyclists and tourists had taken over the roads. This allowed me stop almost anywhere I liked without taking any risks, and from the car I was able to photograph the following species: 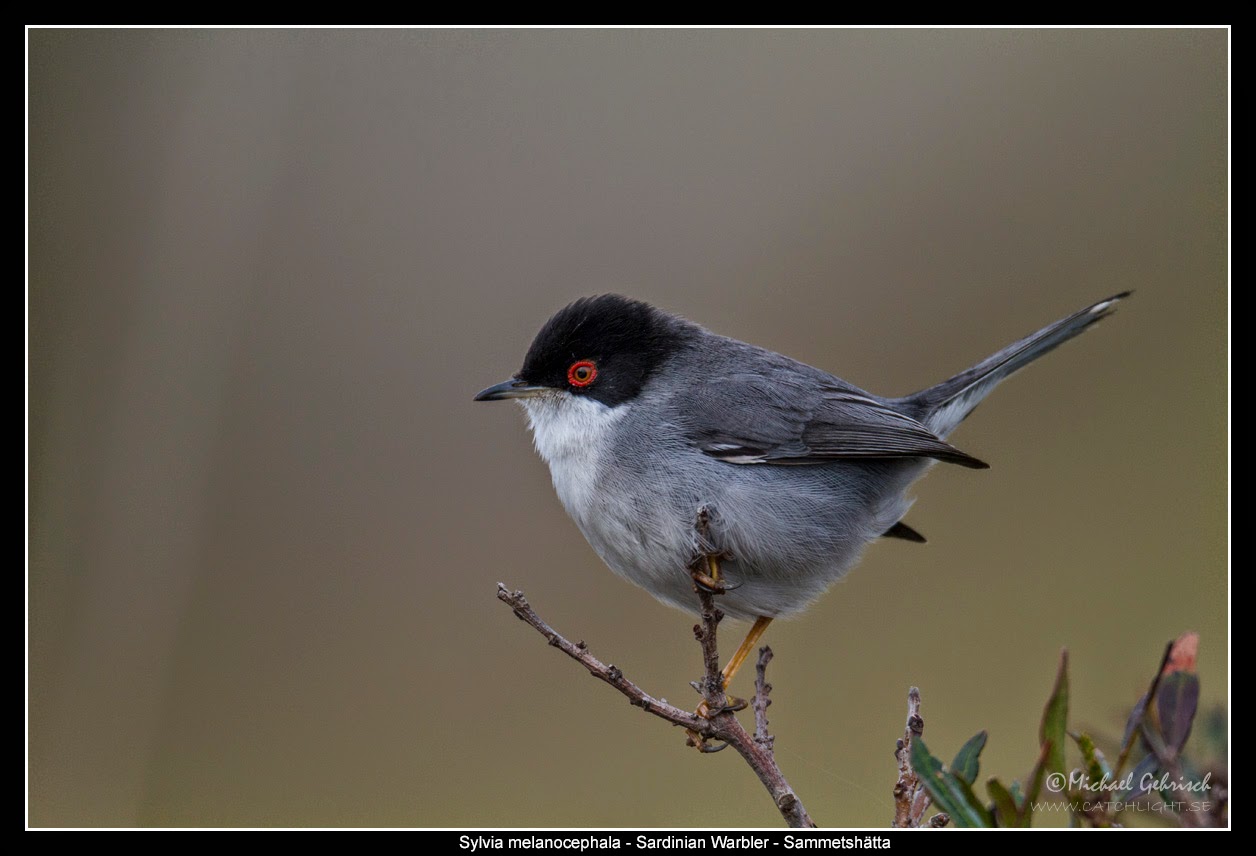 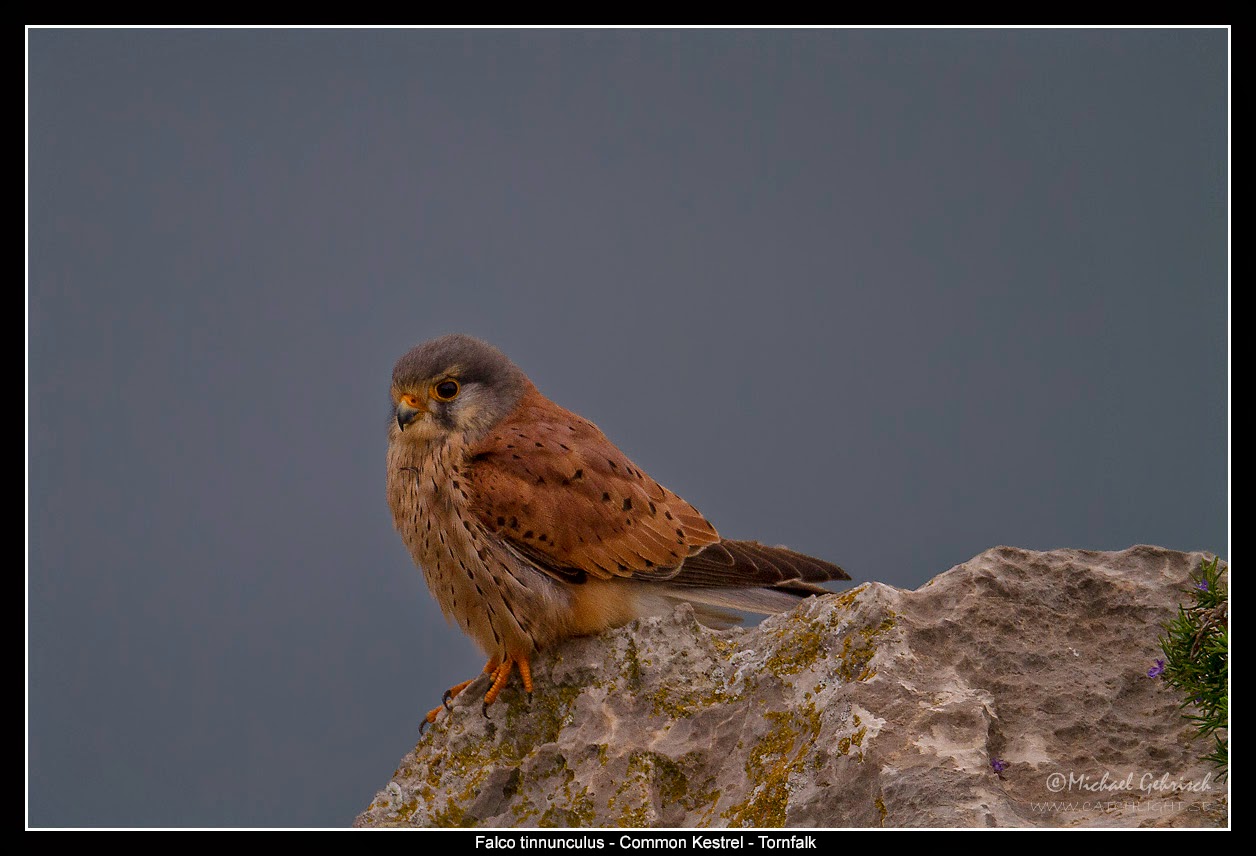 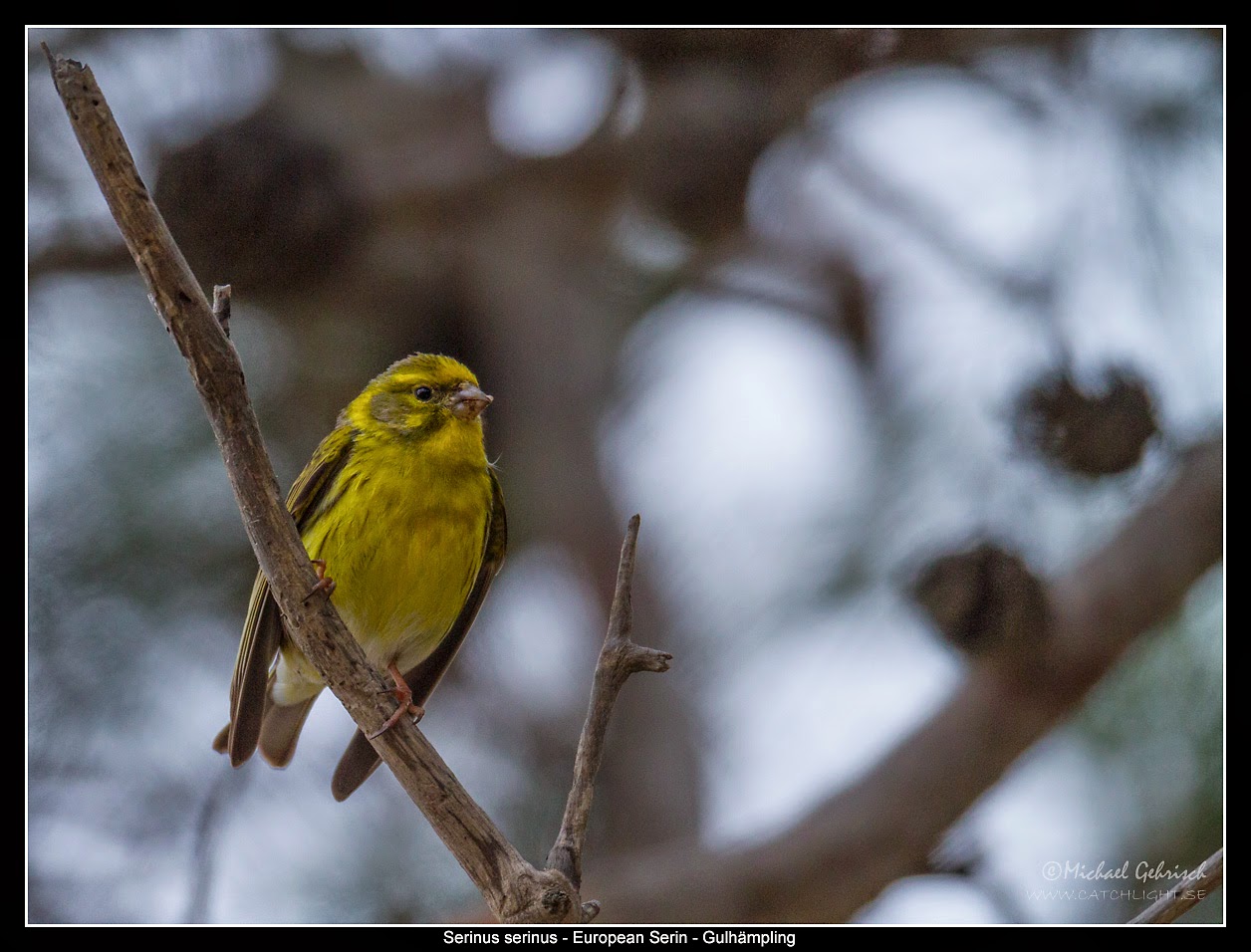 This blue rock thrush was taken from the parking lot at the Formentor Lighthouse, it's not a great shot, but they are shy birds and they simply refused to come any closer. 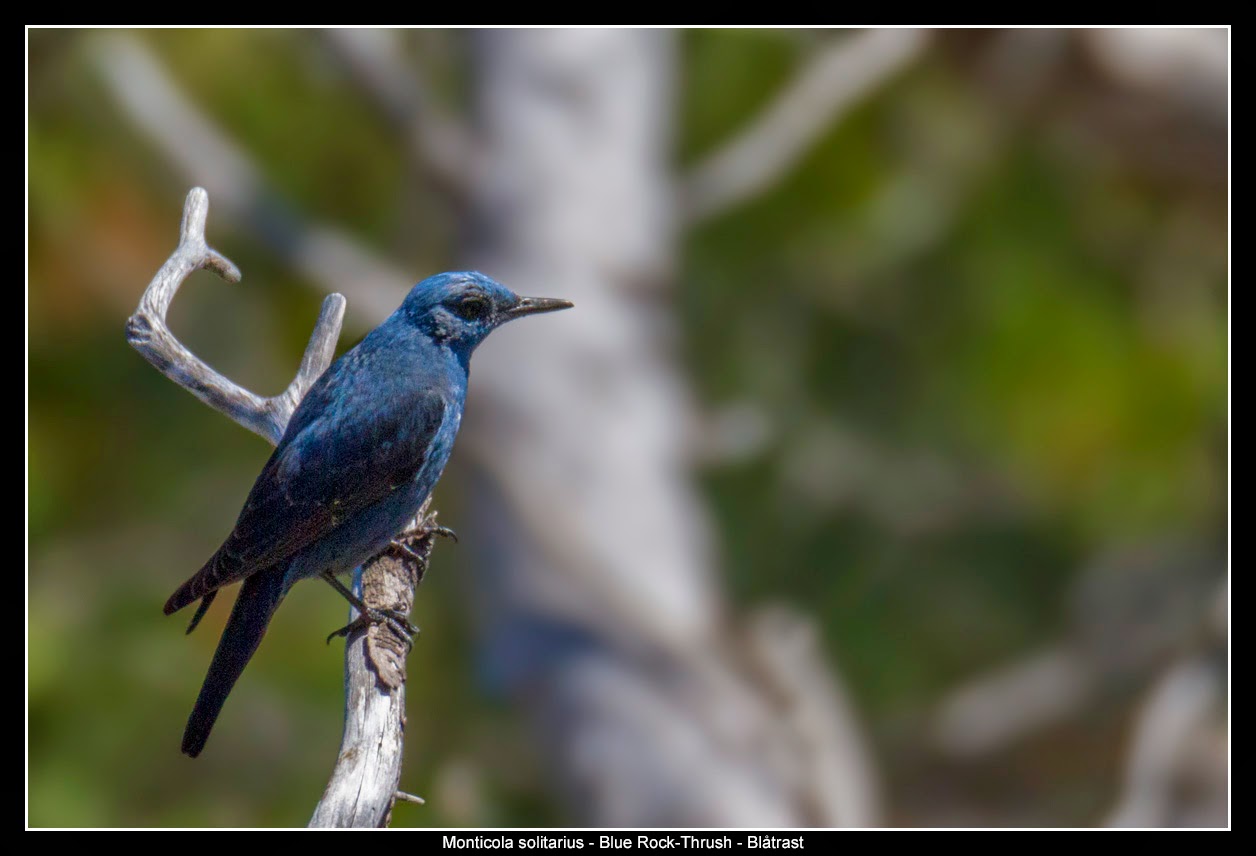 Another species that can be seen easily but not photographed well from the lighthouse are the shearwaters that glide over the water's surface about 300 meters below. I won't make a guess on which species of shearwater these are. In Sweden Twitchers (Birders) become ecstatic when they see a shearwater at 1000 meters, which then leads to endless discussions on the internet birding forums on which species it might have been... 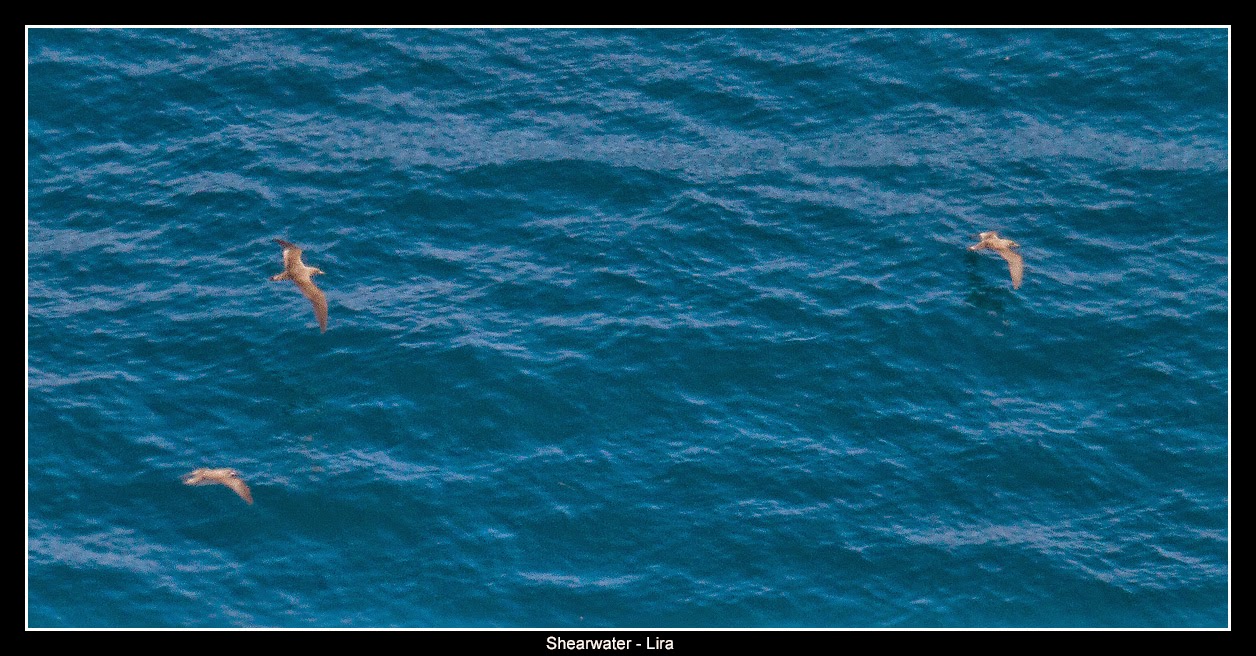 In the valley forests on Formentor red-legged partridge can be see around almost every corner, unfortunately they run for cover when you pull over to take a picture, I think they are more used to shotguns than Canons. This one was far enough away to not be bothered by my stopping. 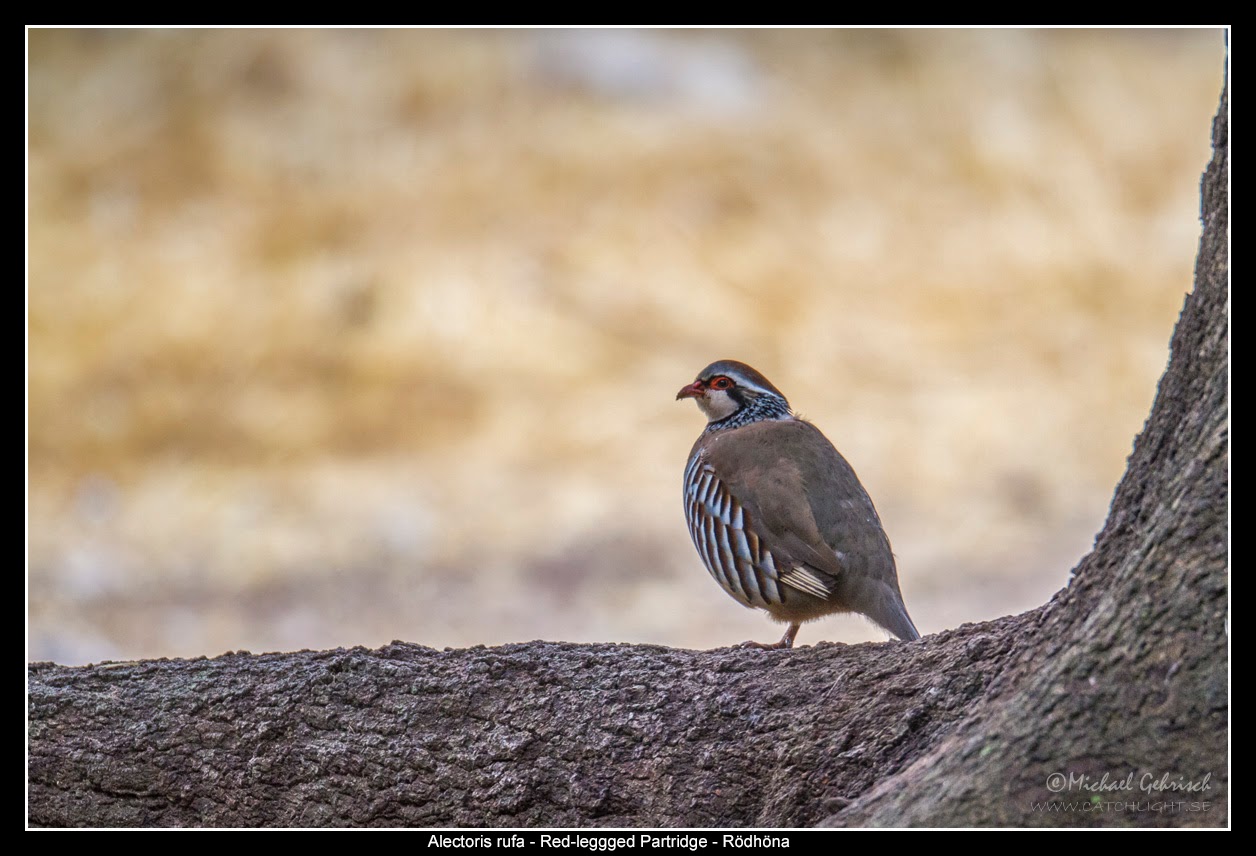 During a visit to the summit of Sa Calobra this cinereous vulture circled over in the drizzling rain, but the picture doesn't do justice to this magnificent bird, so I am also including a picture I took of the same species while visiting mainland Spain a few years earlier...

My cycling colleague Olof Hagander who joined me on the trip to Sa Calobra later recalled the scene in the following way:
"Sa Calobra revisited... 45kph winds, rain, under an olive tree a goat cowers while a black vulture circles above... Mordor" 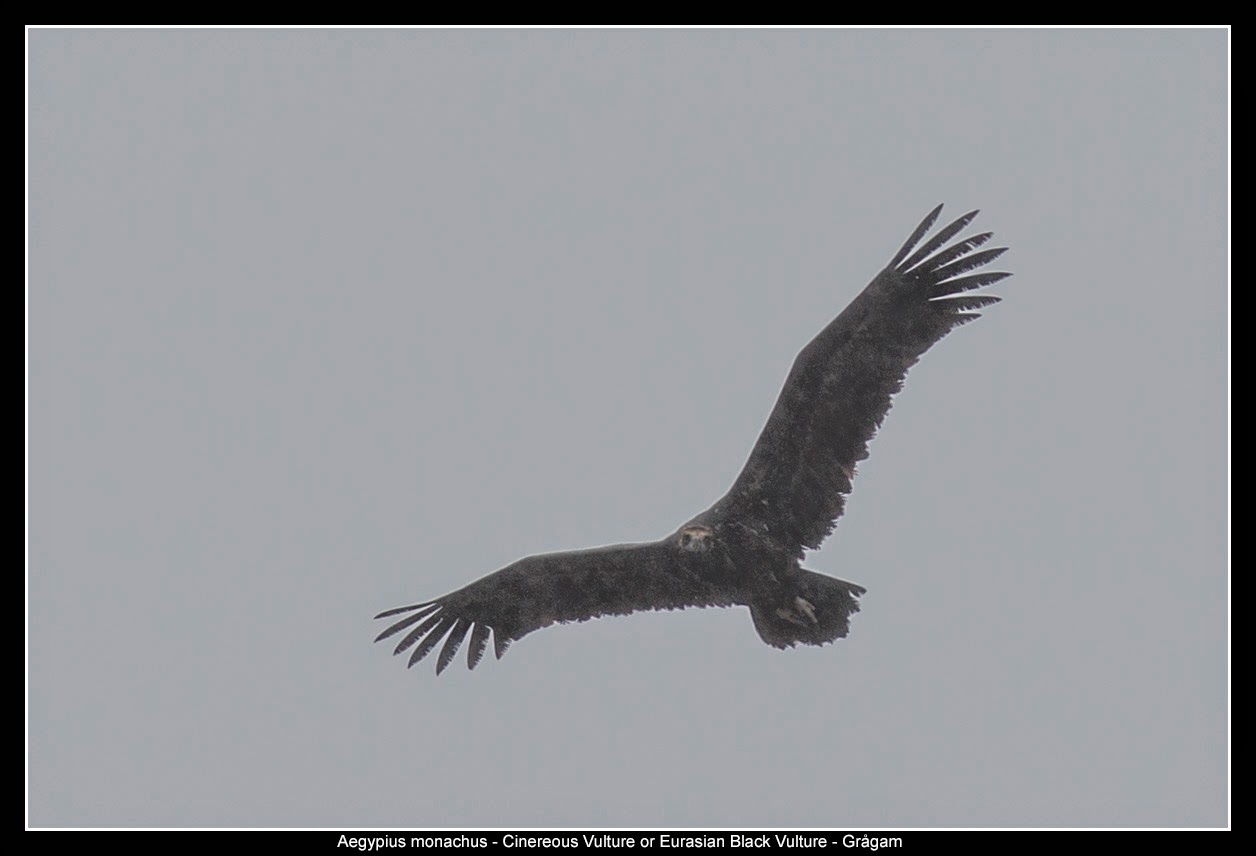 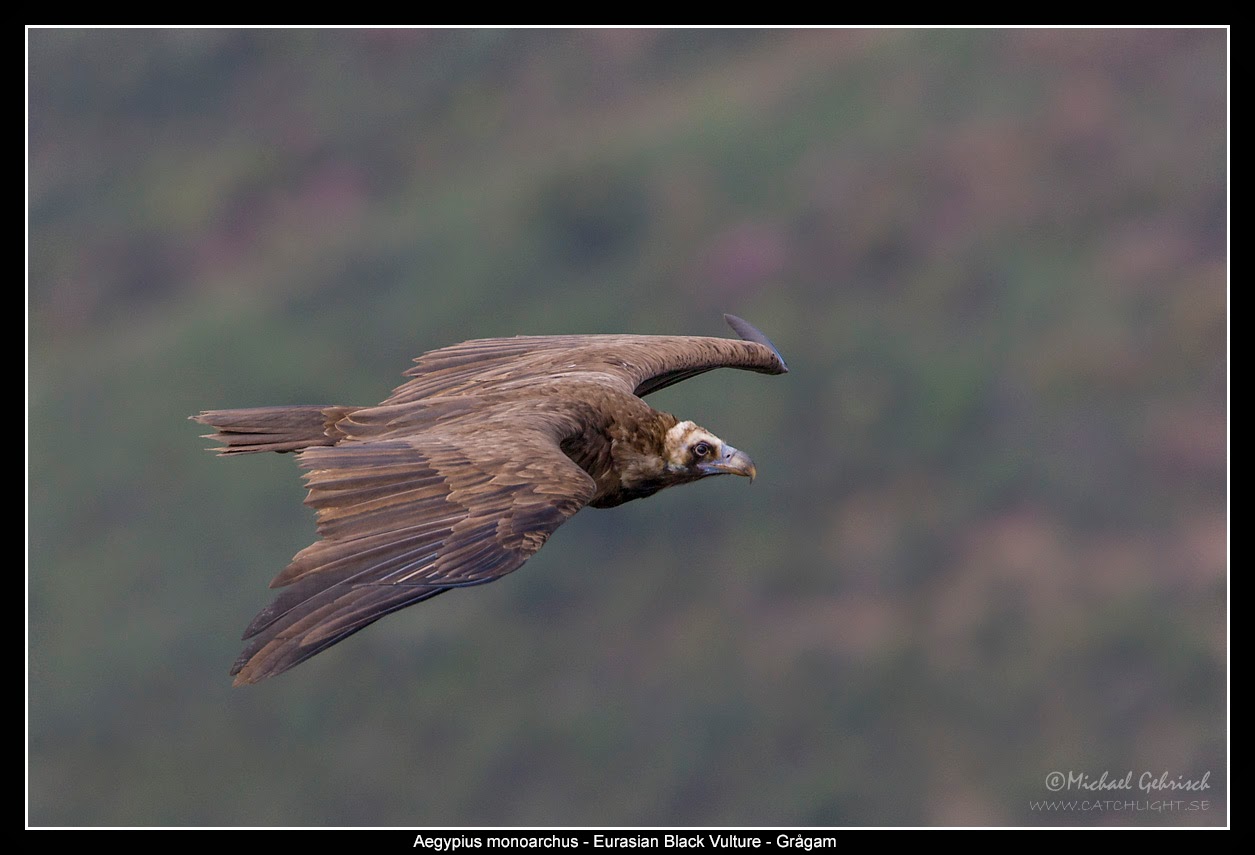 And finally along the southwest coast, in the meadows and farmlands there are countless other LBB's (little brown birds) like this crested lark 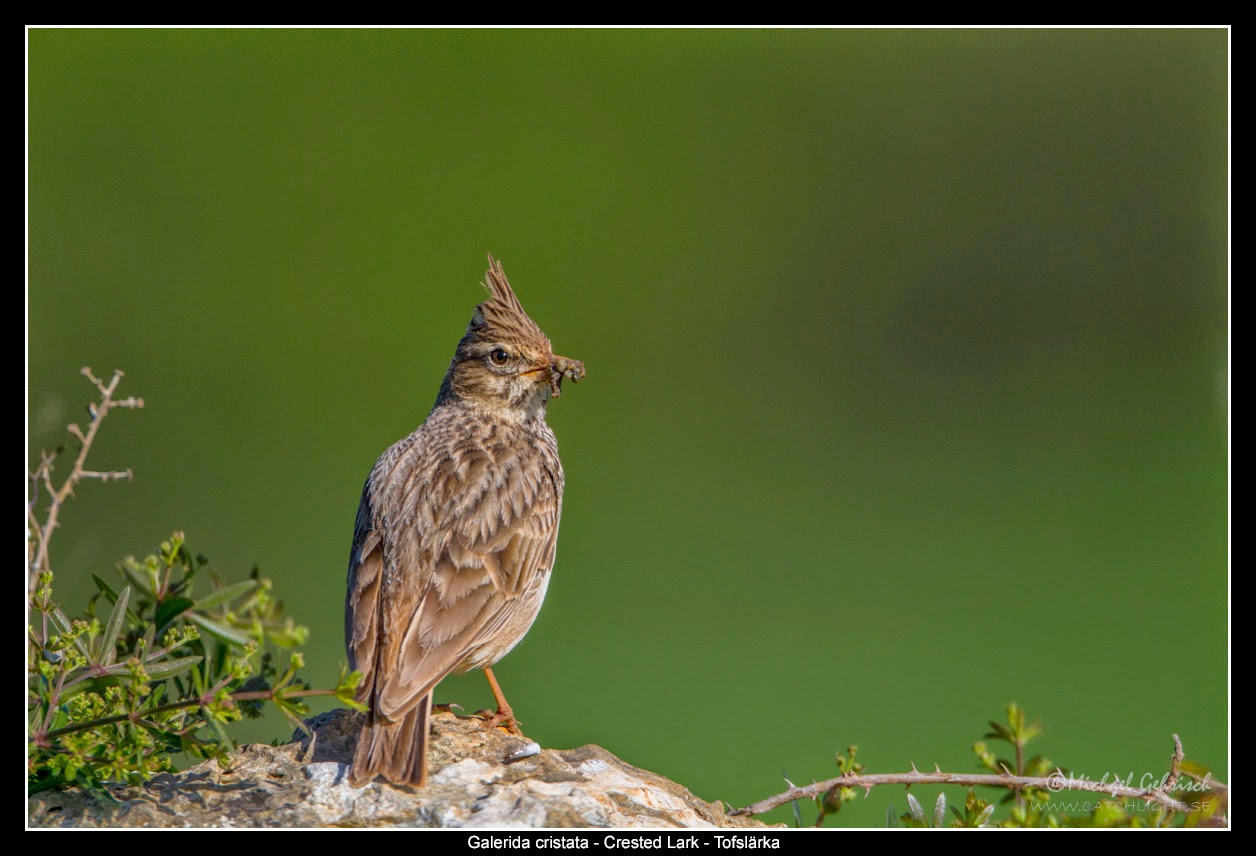 And the European greenfinch 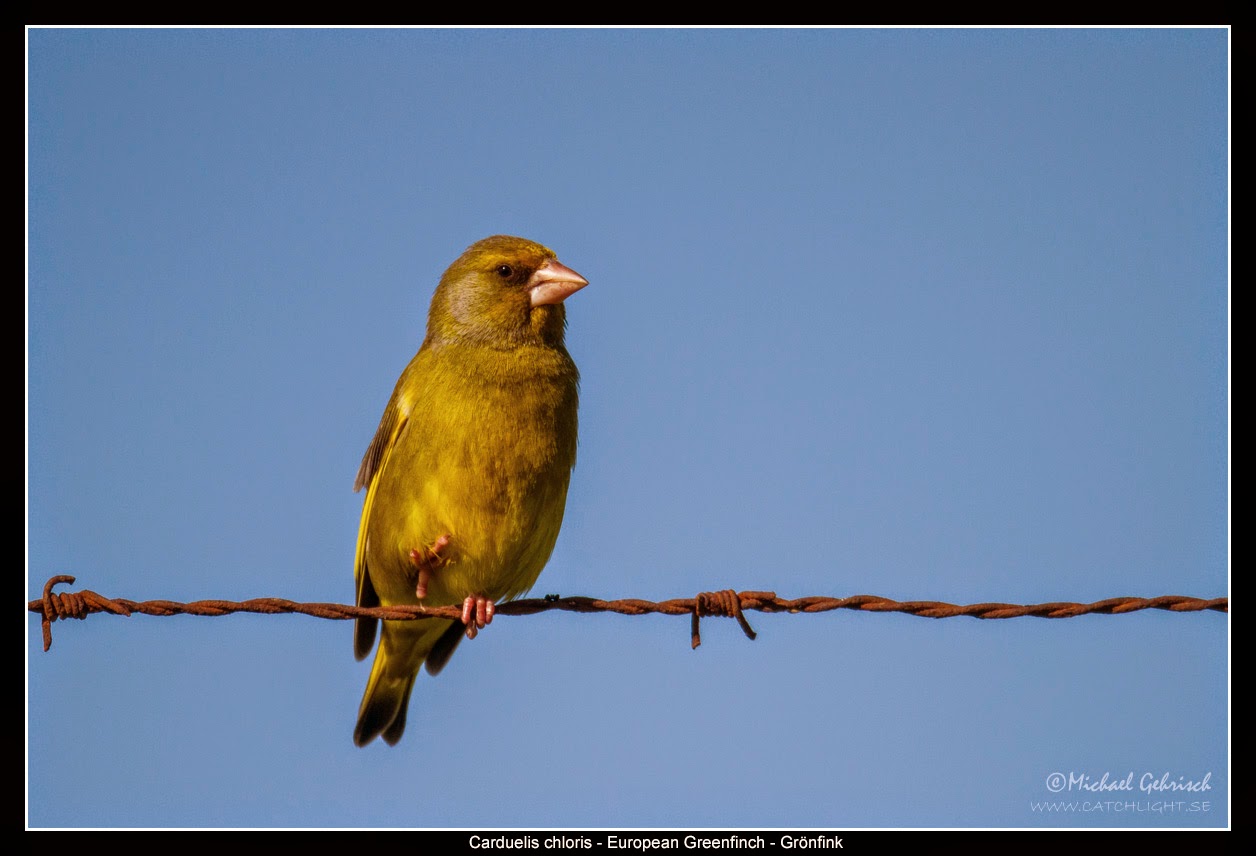 Most of these shots were taken with the Canon 7D+ 800/5,6, but a 300/2.8L with 2X extender or the 500/4 +1.4X extender would also work well. If you are only interested in birding your options are far greater, since there are many wildlife sanctuaries with hides which provide good views over wetlands and meadows, although not with the same proximity that a photographer demands.
Posted by Unknown at 9:11 PM