I've never been a big fan of common tourist destinations which always makes for interesting discussions with the family; I suggest Alaska, Spitzbergen, Jokkmokk, the Falkland Islands, and they respond with New York City, Miami and the Canary Islands... But Mallorca wasn't intended to be a normal vacation; instead my bicycling club CK Lunedi planned an 8-10 day trip for spring training. In the middle of the cold and wet Swedish spring making that trip seemed like the only sensible thing to do, never mind the tourists...

After doing a little research it seemed that there might be more to do on Mallorca than just bicycling, so I took along my camera gear as well as my bicycle. I had to pay 65 euros for the bicycle, but I think the camera gear weighed even more than the bike.

We stayed in Can Pastilla which is just east of Palma de Mallorca in a beachfront hotel called Fontanellas Playa, with breakfast and dinner included. The hotel is very much geared towards cyclists who can be a demanding lot when it comes to food. The buffet was excellent with varied specialties every day, and lots of alternatives for replenishing the calories burned during the long cycle tours during the day.

From the hotel and the immediate surroundings, Mallorca looks like a normal tourist destination, the kind I usually avoid. But 30 minutes into our first bicycle ride into the countryside it felt like I was no longer in the same place, or even same century for that matter. The countryside is filled with rolling hills, meadows of wildflowers, mountains, cliffs, and uncountable small villages that have changed little since the 1700's. So after an exhausting 135km ride on Sunday, I decided to take the following day off and explore the island in a rental car. 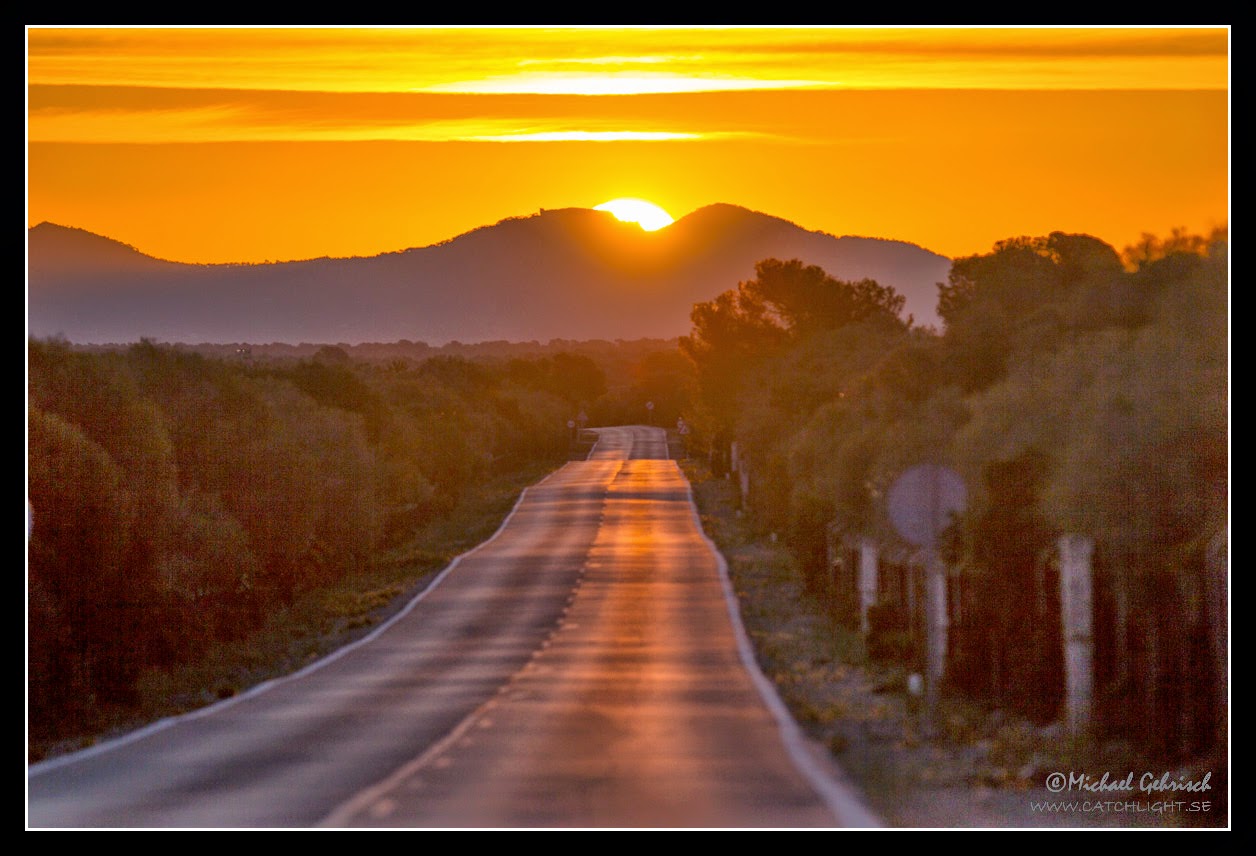 Leaving early and missing breakfast I managed to catch the sunrise on the south coast (taken with the Canon 1DmkIV and 300/2.8) before revisiting Randa, one of the hills we had climbed the day before. 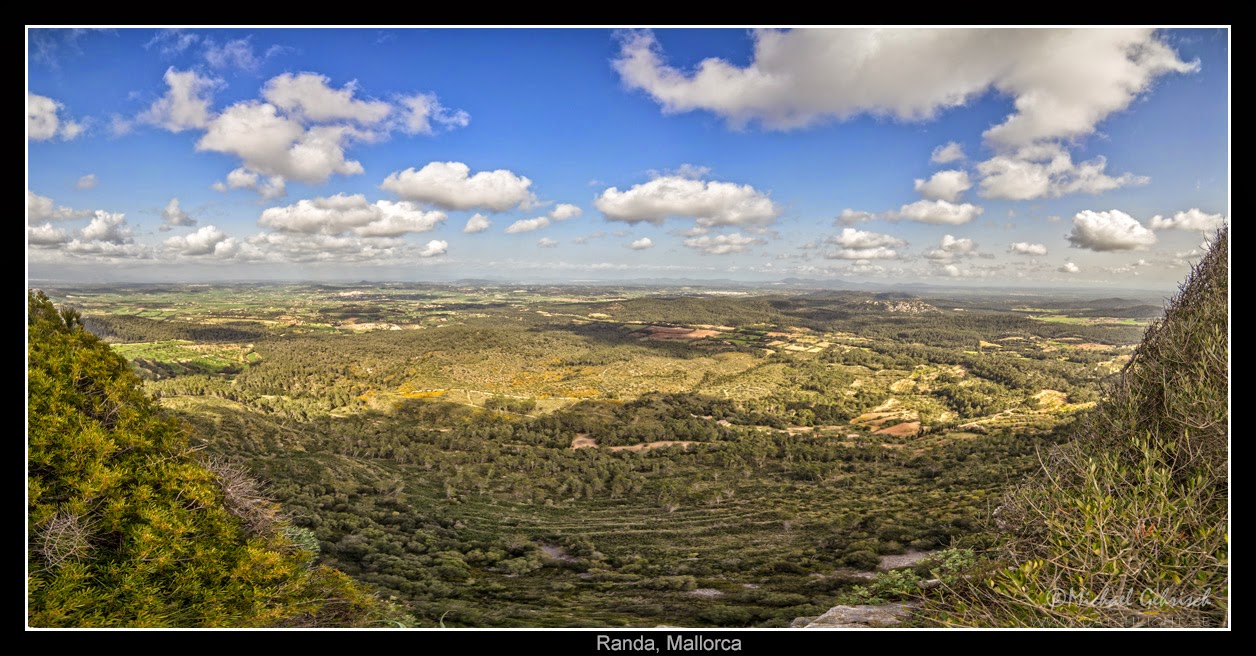 It's only about 500 meters elevation but the view is fantastic. (This image is a 9 shot panorama with the Canon 6D + Samyang 14mm/2.8)
I then continued on to Formentor, the Northwest peninsula of Mallorca where I had the road to myself until about 10AM when the bicyclists hit the roads. The road is narrow and winding, but the views are spectacular. This is a 5 shot panorama again with the 6D + Samyang 14mm. 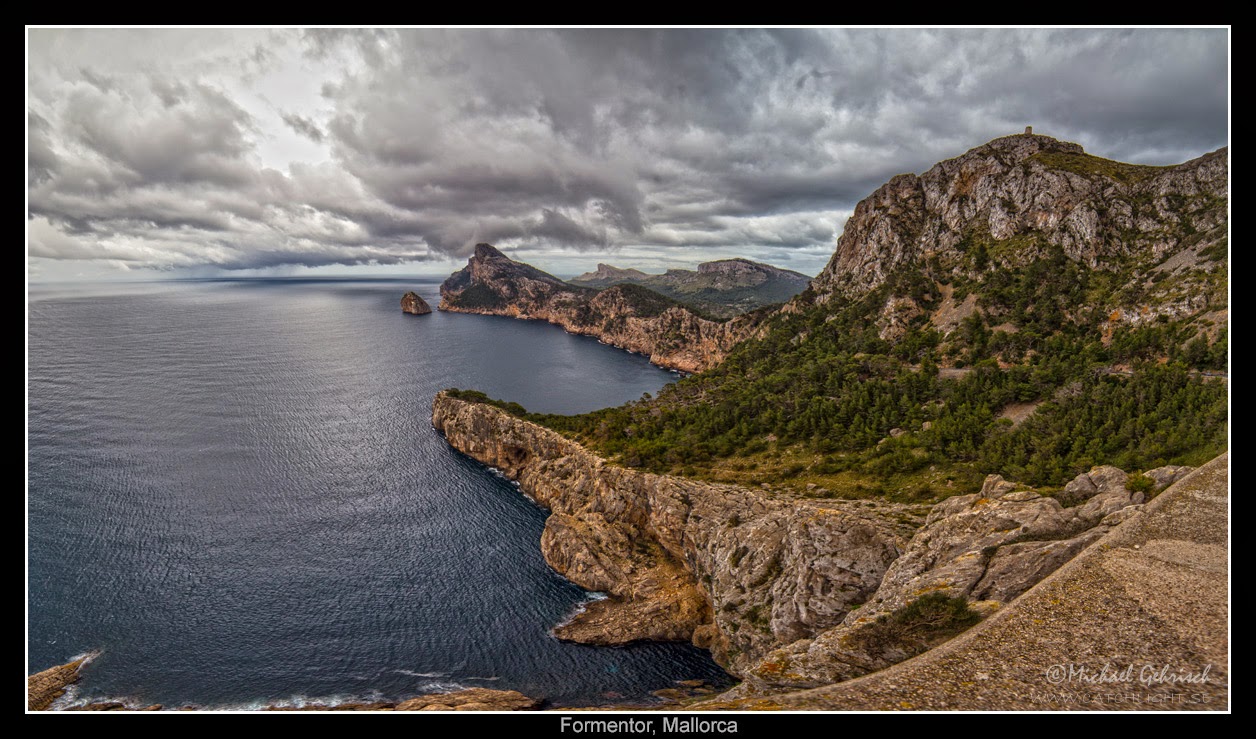 At the very end is a lighthouse with a snack bar. This seems to be the main destination. Come early, otherwise parking is impossible and gridlock is guaranteed. This shot taken with the Canon 6D+24-105/4 @40mm) 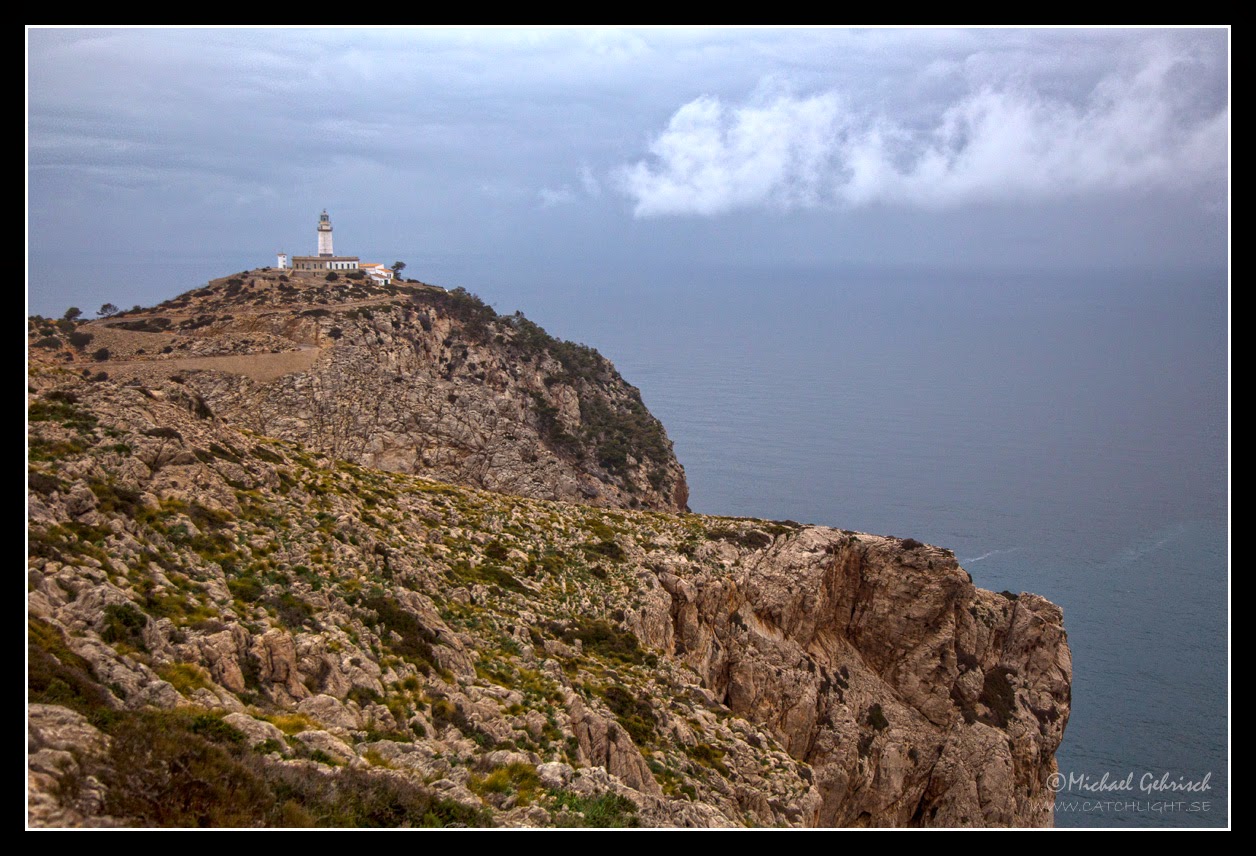 Later in the week after a couple more 130km bicycle rides I had even more places I wanted to photograph, among others the 10km serpentine road that leads to the port of Sa Calobra which we had bicycled on Wednesday.

On a rainy Thursday my cycling colleague Olof Hagander and I took a rest day from cycling and enjoyed fresh squeezed orange juice and a salad with tuna at the summit of Sa Calobra and when the rain let up for five minutes I ran out and captured this panorama (11 shots with the 6D + Samyang 14mm). The view is breathtaking, and the bicycle ride down is exhilarating. But be warned this is also the only road out and it took us 59:51 to ride up to the summit again (stronger/younger/lighter bicyclists do it in half the time).

We also spent a couple of hours in the beautiful village of Valldemossa, but I will cover that in a separate post...