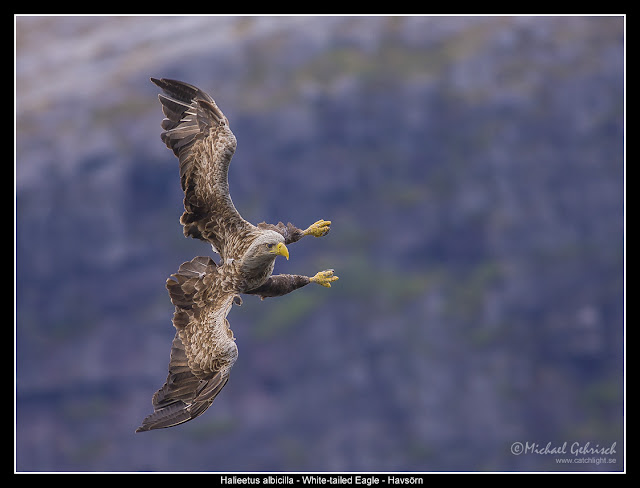 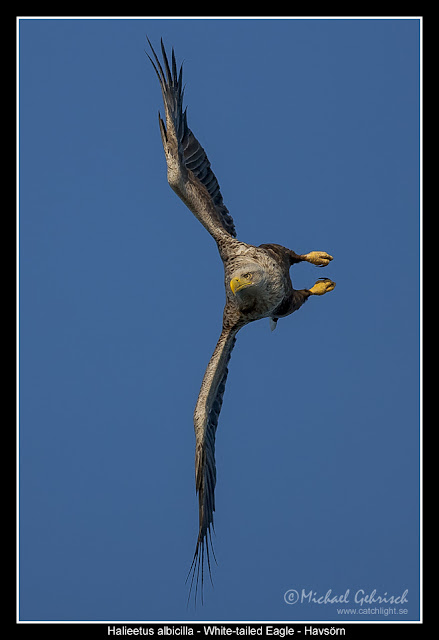 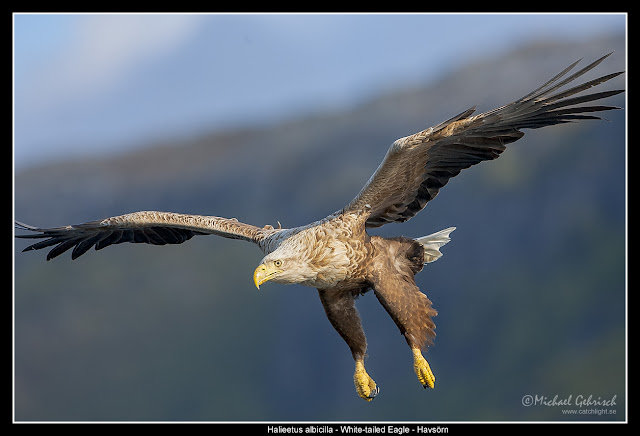 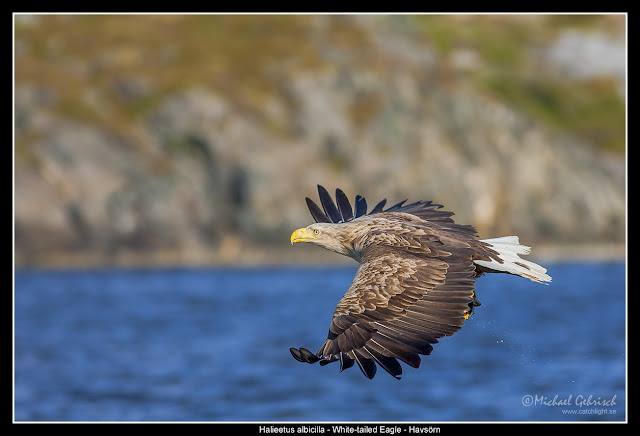 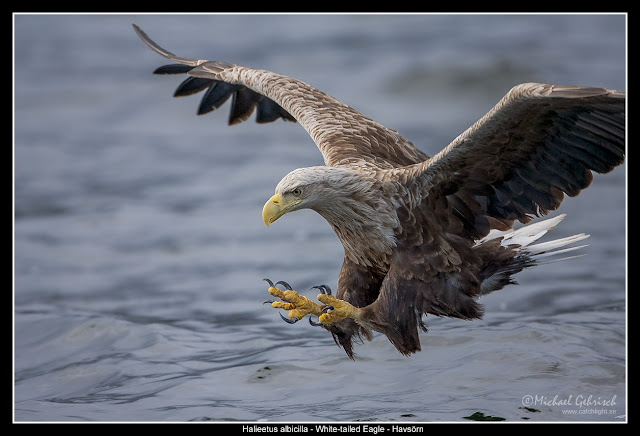 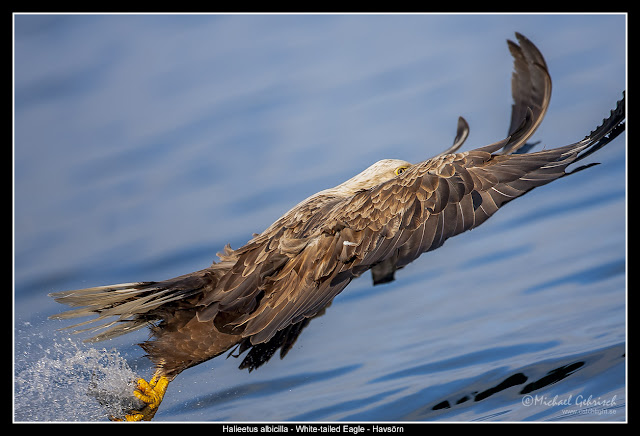 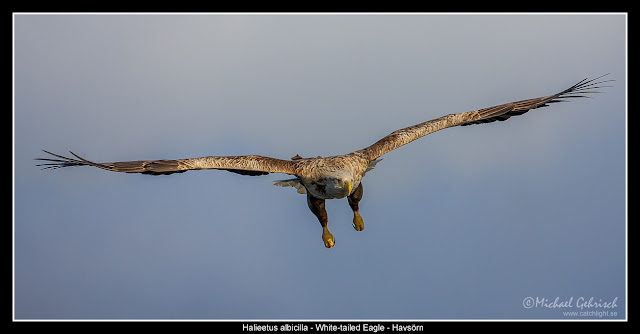 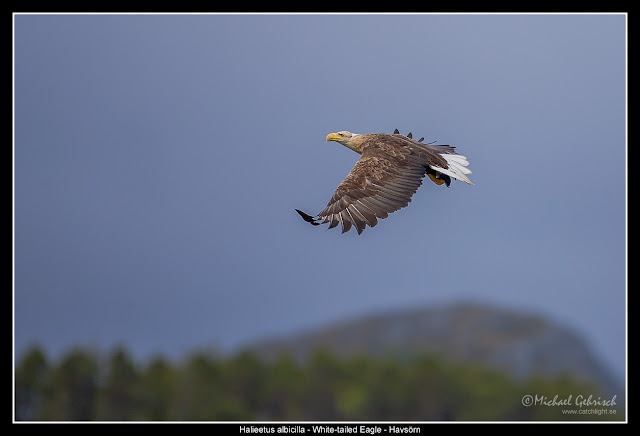 As you can see there were plenty of eagles, and they seemed to recognize Ole-Martin and his boat. But we also tossed bread to the seagulls on the way out to the eagles territory. The eagles are smart enough to understand that where there is a flock of seagulls there must be food. So from their vantage points several kilometers away they came to see what all the commotion was about.
This was Johan's first effort at serious in-flight photography, but he did brilliantly. You just can't deny that kids have much quicker reflexes than adults, I guess in part from all the computer games.
Later that evening Ole-Martin showed us some of the images made by previous visitors, among them a teenager whose image of a red  squirrel placed in the BBC Wildlife Photographer of the Year contest. This became an inspiration for Johan who consequently placed twice in the Wildlife Photographer of the Year contest, first in 2008 and again in 2010 (see separate post).
Posted by Unknown at 9:28 PM