The Week in Sunsets...

This was one of those unusual weeks where every evening had an absolutely gorgeous sunset, (which was a small consolation for the miserable weather). Most of my colleagues at work were complaining about the cold and cloudy weather, but I mostly kept quiet, since I am a sucker for a sunset.

Unfortunately we don't live in a convenient location for shooting sunsets, and with the dismal weather my expectations were low. By the time I realized the sky is glowing red and orange it is too late to get anywhere for a shot. But on Wednesday I was prepared, sort of... Wednesdays we have interclub bicycle races and this weeks race (time-trial) was at the seashore in Barsebäck, and the race ends early enough to be able to catch the sunset (after we have had some fika) 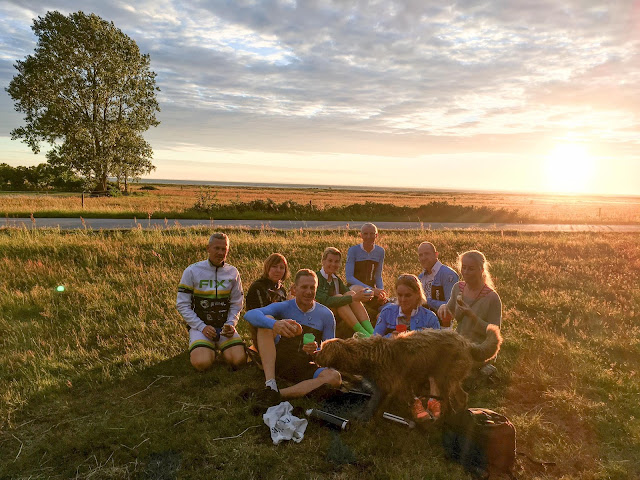 But I almost missed it by drinking coffee and socializing. I final had to race off to find a decent subject for the sunset and as luck would have the ponies on the nearby meadow were perfectly set up and I grabbed my Canon 100-400 lens and tried a few different settings and exposures, here 1/200 at iso800 f/8: 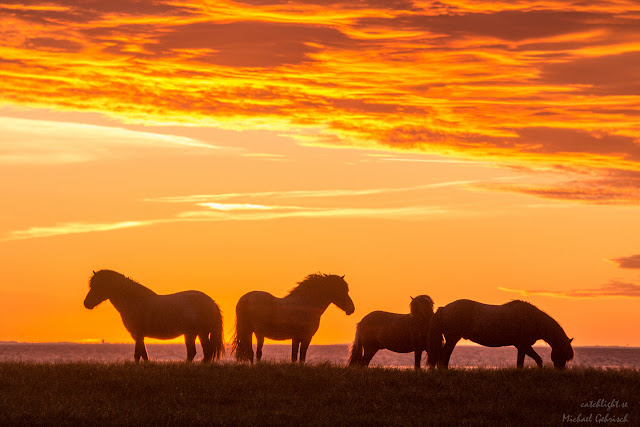 Thursday I was ready, I had my camera in the car and the clouds looked promising, and although I had to pick up daughter Kristina returning home from a few days in Spain, she was easily bribed to join me for the sunset with a meal from McDonalds. Again a quick trip to a nearby shore with my 100-400 and waited for the sun to break through the clouds.
A couple on a dock made for a nice foreground in this first shot... 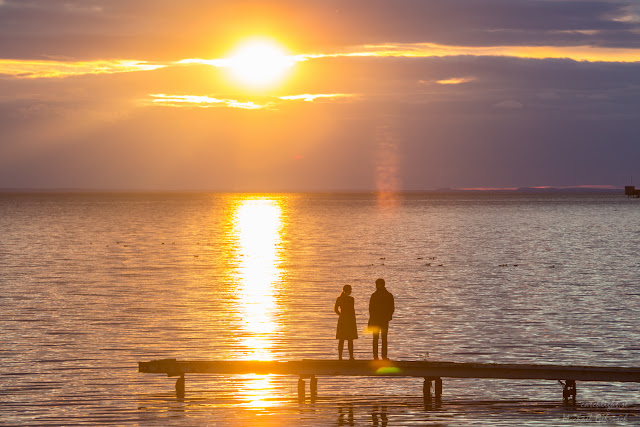 And likewise the sailboat was the perfect foreground a few minutes later. 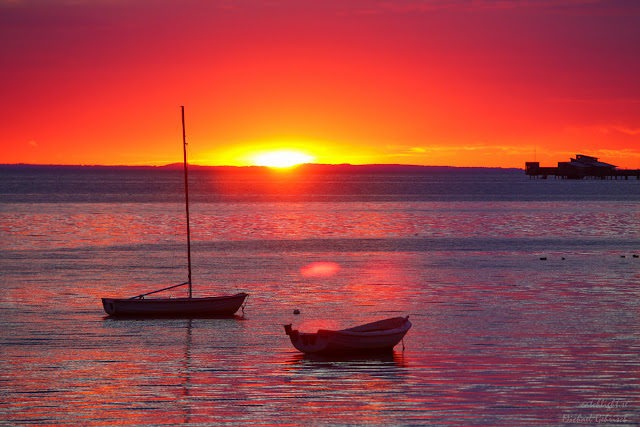 I was off my game on both Friday and Saturday, even though I saw that the sunsets were fantastic. I was in the wrong place at the wrong time. 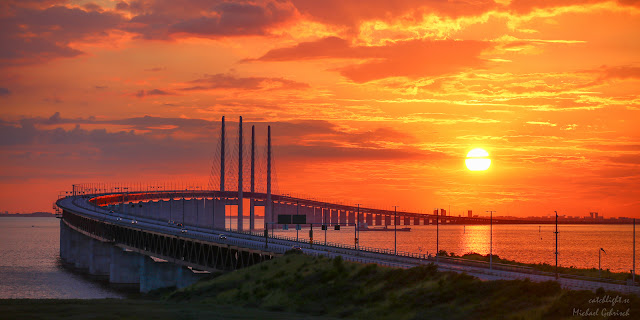 The weatherman has promised summer weather this coming week, and while I appreciate the warmth, it sounds like there won't be the necessary clouds for a nice sunset. But we'll see, the weatherman has been wrong before...
Posted by Unknown at 10:24 PM