Due to a last minute invitation to an 4 day training session at IBM in Dublin I had the unexpected pleasure of finding myself in the middle of Dublin when the weather and temperature was perfect. Most of my fellow IBM'ers followed the advice to use the hotel near the office to keep costs down, but after a little research I found a hotel in town and public transportation that would keep me in budget and give me a chance for some evening photography in Dublin. We stayed near the Samuel Beckett Bridge which was a 20 minute walk from town along the quay and provided many photo-opps.

To simplify my travel I only had a carry-on bag on the flight, but fortunately I have a Gitzo tripod that will fit inside the bag if I remove the head and center column. My camera bag with five lenses qualifies as my "personal item". So after catching the bus into town from the airport I dropped my bags at the hotel and armed with tripod and camera I explored the nearby bridges and buildings along the quay.

The Beckett Bridge is a marvel of engineering, looking somewhat like a giant harp. But the style is so modern that it doesn't exactly blend in historical Dublin. Fortunately it is far enough from town in an area being built up with new buildings and offices, so it fits just fine in that neighborhood. 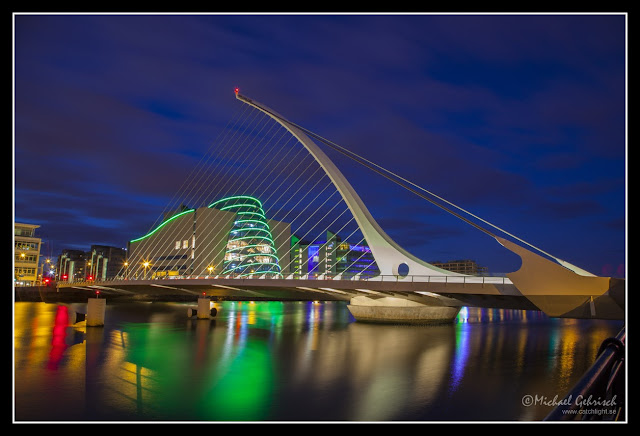 Closer to town is the Lifey Bridge or the Ha'penny Bridge as it is popularly called. It got its name from the half-penny charge to cross it. No charge these days and at last count in 2001 it was crossed by about 27,000 people per day. This shot was also taken with the 24-105 f/8 4 secs at iso400 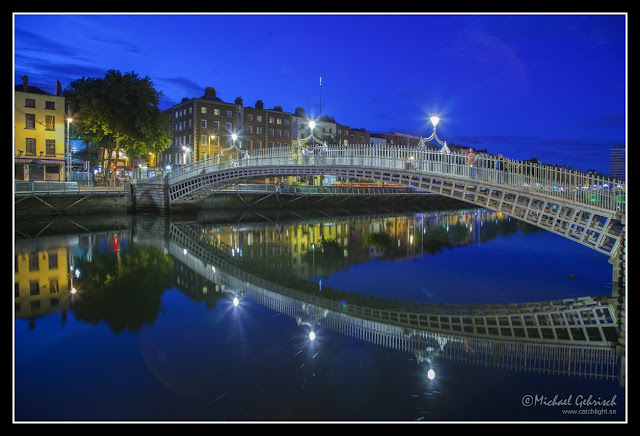 A bit further west along the Liffey river is the Four Courts dome behind the Ross Road Bridge. Again taken with the 24-105L at 35mm f/8 6 secs at iso400 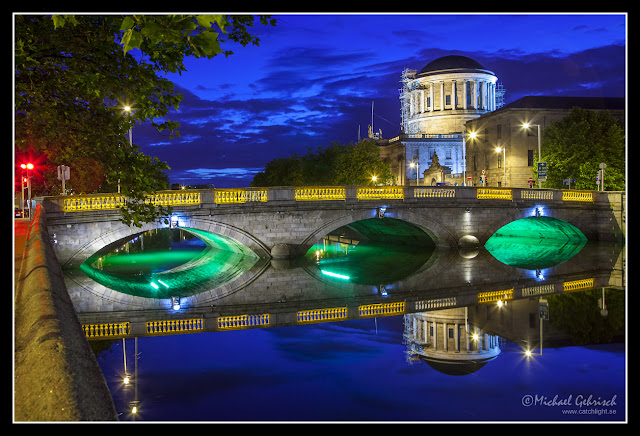 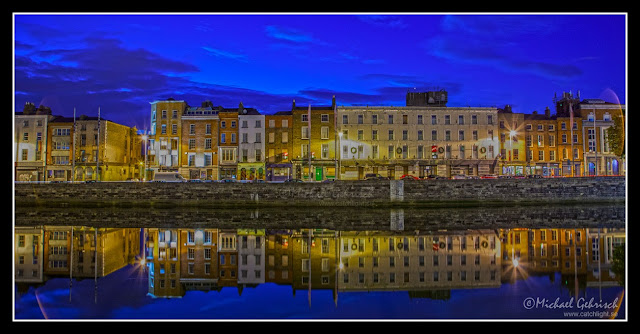 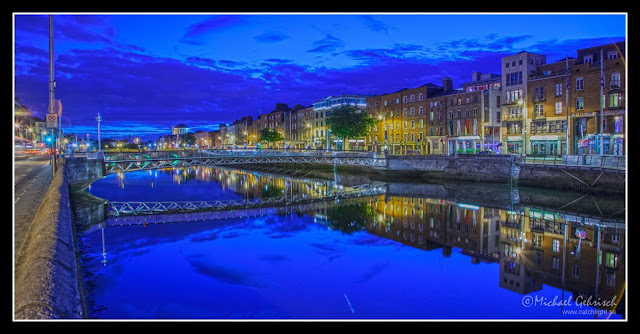 One block off the Quay right at the Ha'Penny Bridge you'll find the Temple Bar and dozens of other small pubs and restaurants. A bit pricey, but the atmosphere, music and energy is worth a visit and a few photographs. 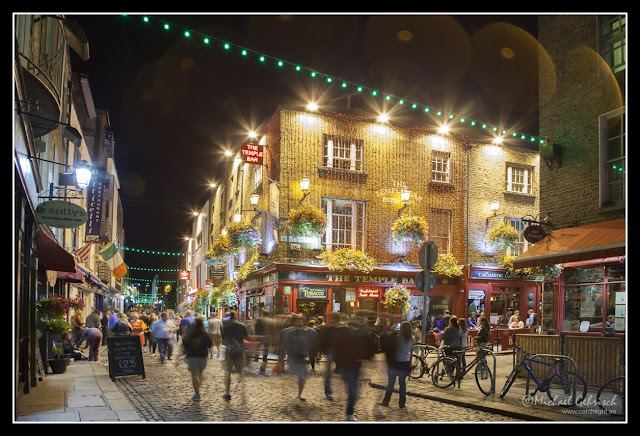 And finally Friday afternoon after 4 days of intensive education at IBM in Damastown I get a parting shot as my flight heads for Copenhagen... 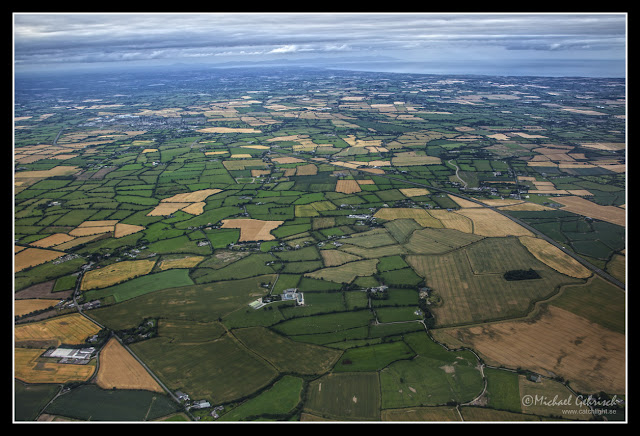